Pretty much the best rock n roll bar in the world

Soul In The Attic
Every Thursday

Our weekly Thursday Soul in the Attic showcases emerging and seminal acts live on stage, followed by resident DJ’s (including Vince “The Prince” Peach of Soul Time fame) playing all things soul, funk, disco and classic 45’s ’til late! It’s not all techno in Melbourne.

2am Bands
Every Friday & Saturday

Every weekend you can catch a great live act at 2AM every Friday and Saturday evening! Cherry is now across two levels, so you can either grab a drink in our ground floor parlour or duck upstairs to catch a great act crank some amps… Only trick to remember is that a 2AM show is technically the NEXT morning that the date it’s listed on. So think of it like you’re still out past midnight from the night before to catch the show 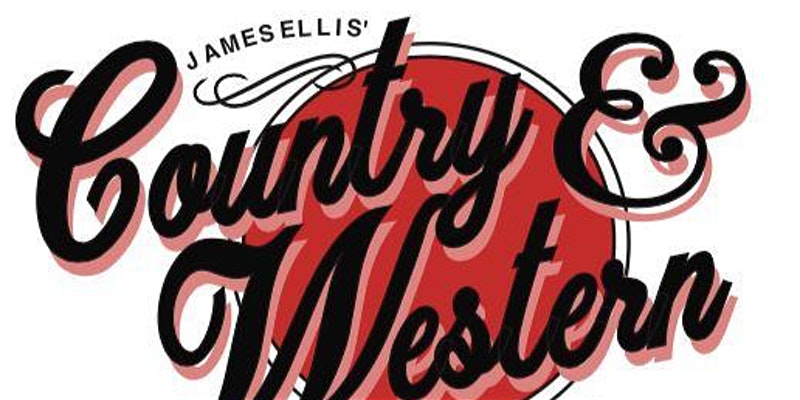 It’s for those of us who have come right by Wednesday and start itchin’ for a good time… Here’s an excuse to dust off dem boots and get out of the house as Cherry has invited James Ellis to curate our stage for an evening celebrating two types of music, country and western. In what will be a reliable weekly fix of Americana, we have Dj’s spinnin’ what’s good from the genre, James Ellis and the Jealous Guys performing two sets, booze and food offerings that you’ll normally only enjoy with a trip the the land of stars and stripes and a monthly two step class.

For those that don’t know James, he is the gent that Denise Hylands of Triple 3RRR’s Twang claimed “…has his cowboy boots firmly in Melbourne and his heart in Austin Texas … and as good country music should, he’s guaranteed to have you two steppin’ or cryin’ tears in your beer.” James Ellis and the Jealous Guys will perform two sets every week and more often than not, special guests from both our rich pool of local musicians and International players from the genre will mosey on in and jump on stage. The group themselves are pretty regarded in these parts having been the recipients of the Best Country Album at the Age Music Victoria Awards, along with appearances at various Australian festivals including Tamworth Music Festival, Gympie Music Muster, Out on the Weekend, Boogie, Melbourne Music Week, Dashville Skyline, Kyneton Music Festival and New Year’s Evie.

Again it’s FREE ENTRY every week so if you wanna honk the tonk, mosey on into Cherry on a Wednesday night. 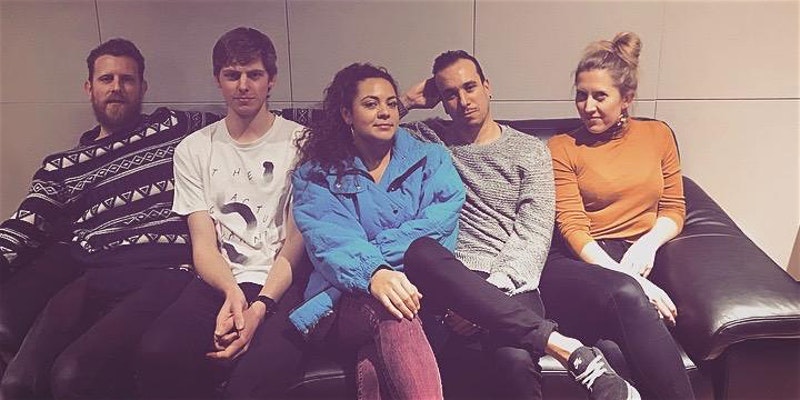 On Thursday February 27th Push Portal will be bringing thier sonically beautiful yet interesting sound to the cherry bar stage. The band draws on soul, blues, and jazz-noir. It’s atmospheric, edgy and makes a bold statement of unmistakable intent. This is music that pushes the envelope yet reflects the obvious dexterity of the musicians.

supporting the evening are Izy (formally knows as The Montgomery Brothers) who are a neo-soul supergroup!

If you dig Neo-Soul, Jazz Fusion, RnB, Latin rhythms, Groove music, Vocal layers then this is the night for you!

It’s not all techno in Melbourne. Every Thursday for Soul in the Attic our resident DJ’s spin all things soul, funk, disco and classic 45’s ’til late! The new Cherry is located at 68 Little Collins Street. It might be the best rock n roll bar in town. 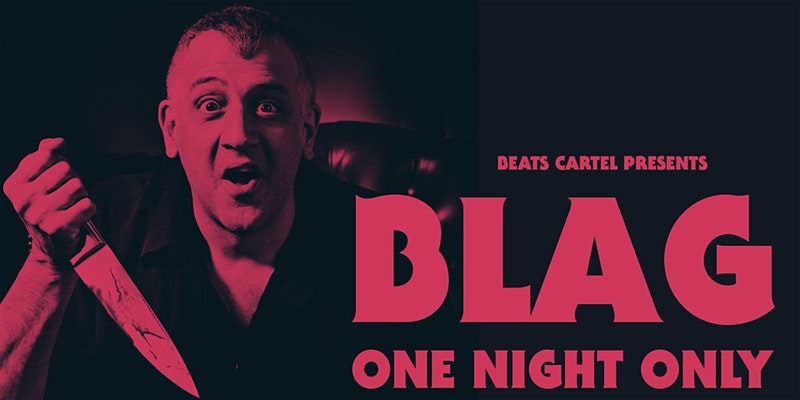 US punks The Dwarves frontman Blag Dahlia returns to Melbourne for one very special show at the new Cherry Bar Friday February 28.

$15/20 ***Limited Capacity*** Tix on sale Monday at beatscartel.com/tickets
Doors from 8.00pm with support to be announced

“One of the last true bastions of punk rock ideology in the contemporary musical age” Time Off
www.thedwarves.com. 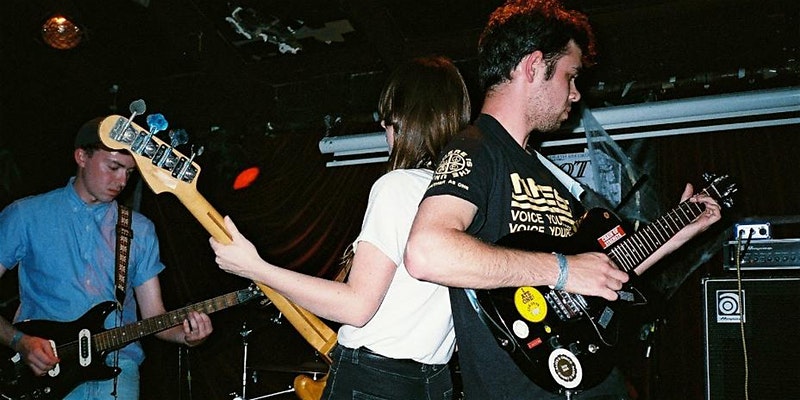 Constant Mongrel performing live on the Cherry stage!
~with~
GUTTER GIRLS
NO STATUES

On Sunday February 29th we’ll be hosting the protopunk leanings of Constat Mongrel, live on the Cherry stage! This will be the first Melbourne show for the group since appearing for the White Night program back in last August.

Formed in 2009 Constant Mongrel begun as a two piece (Tom Ridgewell and Hugh Young) creating immediate and at times improvised songs in an old dishevelled laundry in inner city Melbourne. Inspired by the more flamboyant side of protopunk such as Electric Eels and Chrome, over the next few years the band added members Amy Hill (bass) and Andrew Murray (guitar) building upon their intense sound and developing a unique humour. Consisting of members from Terry, Woollen Kits, Nun and Taco Leg, Constant Mongrel has several previous releases on RIP Society Records and Siltbreeze Records. The Anti fade and La Vida Es Un Mus released 2018 Living in Excellence was given the ‘Album of the Week’ nod at Triple R, it was an expression of British post punk harkening back to acts such as Wire, The Fall, Flux of Pink Indians all the while maintaining an Australian edge in its deliver. The lauded release was a perfect springboard for a run of European/UK dates, showcasing their striking riffs, rolling bass lines and oft-unhinged rhythm section with fried saxophone and synths…

Constant Mongrel are a captivating live band and this show is not to be missed!

Cherry is now located at 68 Little Collins Street. A 400 odd metre walk from our ol’ haunt down AC/DC Lane. 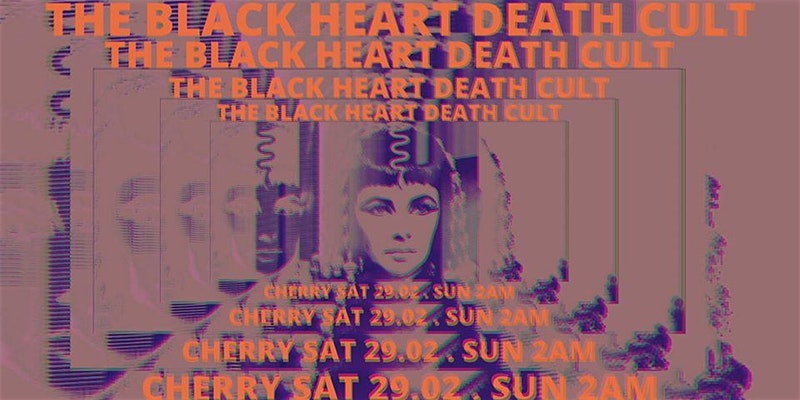 The Black Heart Death Cult are all about the Droney psych mantras, sonic opiates & space glazed kaleido fuzz jams for the all too new dark age!

Now though this show is technically the Sunday morning, think of it like you’re still out from the night before… The new Cherry is located at 68 Little Collins Street. It’s possibly the best rock n roll joint in town. 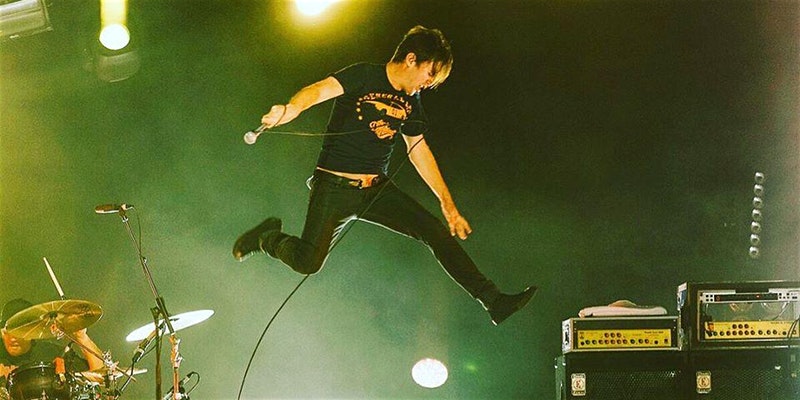 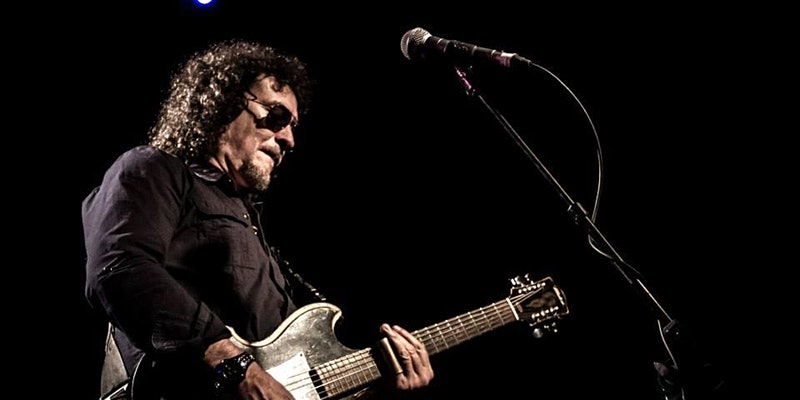 Somehow, he’s back on stages across town following quadruple heart by-pass surgery… And this masterful showman is certainly back to wow audiences with his unique fusion of blues, jazz and Latin groove influences. Have you checked out the new Cherry yet? It’s at 68 Little Collins Street. Having this legendary axeman on stage is the perfect excuse to come check it out!

Our weekly Cherry Blues is still FREE ENTRY with doors now from 4.30PM and supervised children are welcome to attend. We’re also offering table seating with a new snacks menu and wine list. 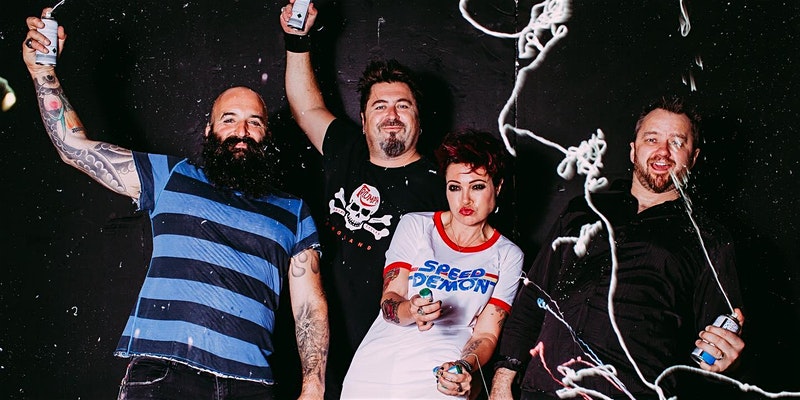 On Friday March 6th we’re welcoming one of Australia’s most respected rock outfits, The Superjesus, live to the Cherry stage! Our new address of 68 Little Collins Street (a 400 odd metre walk from our ol’ haunt) is multi-level with a seperate, dedicated band room offering rock lovers the chance for intimate performances…

Lead by the powerhouse vocals and catchy melodies of Aus’ rock queen Sarah Mcleod, this legendary group burst out of Adelaide in the late ’90’s with a sonic assault and sheer wall of guitars that was unmissable. With a rich back catalogue of albums (to the tune of three, ARIA award winning platinum releases in Sumo, Jet Age and Rock Music) and a blistering stage show, it’s no wonder the group are a true festival favourite! The band are back doing what they do best, attacking stages with a greatest hits type show including singles Gravity, Secret Agent Man, Enough To Know, Shut My Eyes, Down Again, Now And Then and many more!

For any fan of The Superjesus we can not stress enough this limited capacity club show is not to be missed! Also note that with entry price to any ticketed show at Cherry over the weekend, please be our guest and party ’til LATE on a Thursday, Friday&Saturday (’7AM!) evening. 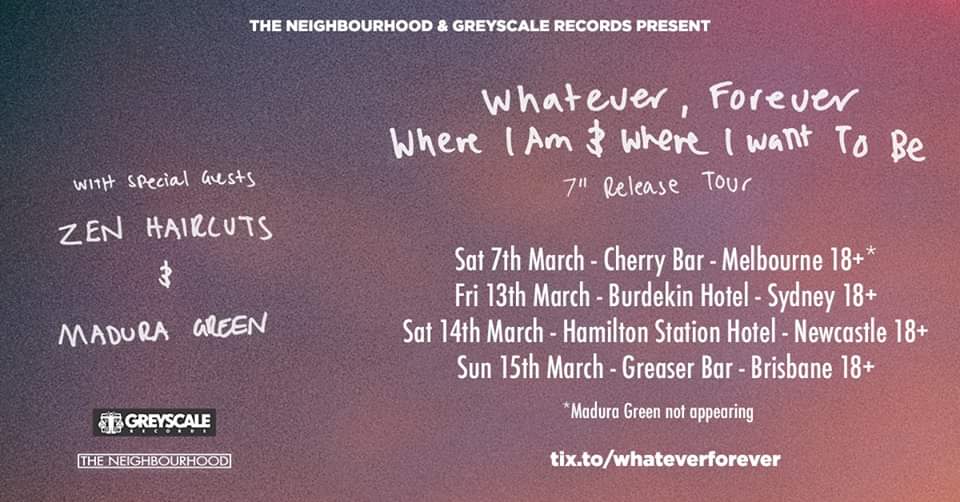 Whatever, Forever ‘Where I Am & Where I Want To Be’ Tour

Whatever, Forever Where I Am & Where I Am Want To Be 7″ Release Tour
Supported by Zen Haircuts

Pick up ‘Where I Am & Where I Want To Be’ below
http://grysclrec.lnk.to/whereiam
Cherry is now located at 68 Little Collins Str 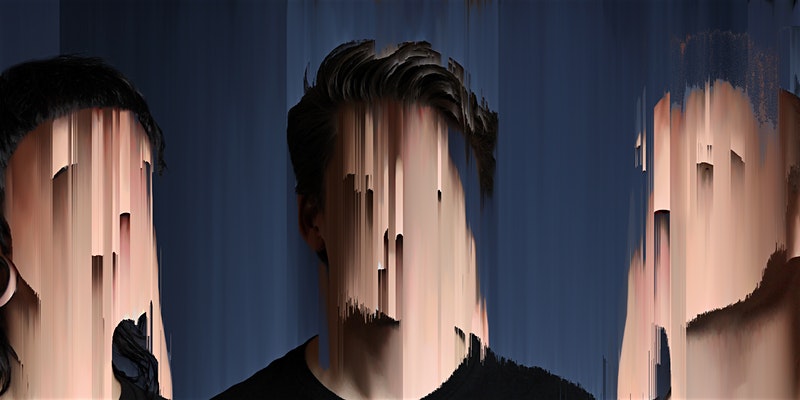 Plovers “You Can Do Better” EP Launch

If the cynicism in their muscular new single “I’ll Get Back to You, Barry” didn’t make it immediately obvious, Plovers spent most of 2019 going through the ringer so that you don’t have to. Their new EP ‘You Can Do Better’ is 5 tracks of frustrated, noisy post-hardcore powered by the uncomfortable realisation that all change starts from within.

After a year spent sharpening their explosive live performances alongside acts like Gang of Four (UK), Shihad (NZ), Screaming Females (US), Pagan, Bare Bones, and Private Function, Plovers are ready to debut the new EP in full at Cherry Bar on Friday, 13 March, with support from the excellent Psychobabel and Shove. ‘You Can Do Better’ is available via your digital service of choice on Friday, 21 February.

The new Cherry is located at 68 Little Collins Street. It might be the best rock n roll bar in town. 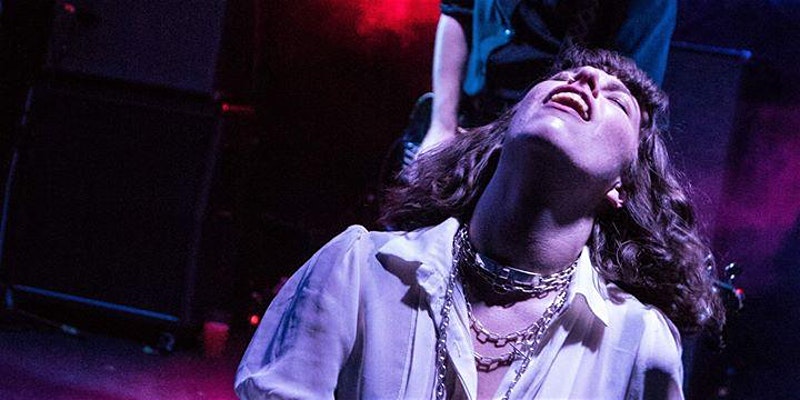 Friday the 13th, the post-punk industrial unit Bitumen are hosting the graveyard shift. Experiencing their mesmeric live performances is to engage with a tense yet assured force.

Now though this show is technically the Saturday morning, think of it like you’re still out from the night before…

The new Cherry is located at 68 Little Collins Street. It might be the best rock n roll joint in town… 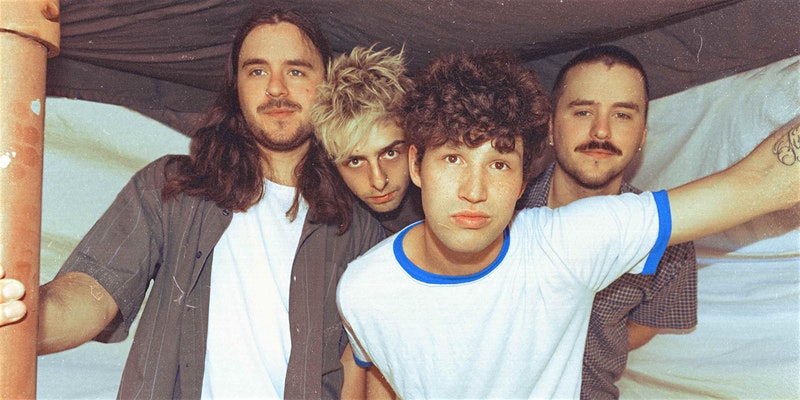 The news comes off the back of a big 2019, including the release of two singles ‘Can’t Afford It’ & ‘On My Own’, signing to Ivy League Records & dominating the critic’s ‘best of’ lists at Bigsound Festival, with The Music gushing “everyone wanted a piece of Bakers Eddy by week’s end.” In further exciting news, the band will also be releasing another huge single in the coming weeks – watch this space.

Formed in Wellington, New Zealand when they were just 13 years old, Bakers Eddy began when three high school friends decided they wanted to do something other than skating with their time. Originally comprising of lead singer Ciarann Babbington, Drummer Jamie Gordon and Bass player Ian Spagnolo, the band quickly recruited Ian’s twin Brother Alex Spagnolo on guitar. “We got sick of Alex playing PS3 in the same room while we rehearsed, so we taught him an A chord and he was in,” explains Ciarann.

Bakers Eddy are garnering a reputation for being one of the most exciting new live acts in the country. Don’t miss your chance to catch Bakers Eddy’s renowned & raucous live show in the flesh! 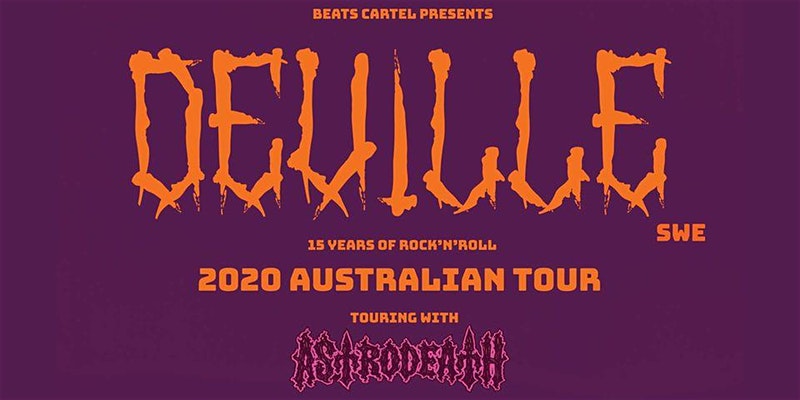 Deville show at Cherry!
and $10 Espresso Martinis all night too!

Swedish riff lords Deville make their first trip to Australia in 2020 having just announced plans for an extensive national tour on the back of multiple festival appearances at Mojo Burning (QLD) and Germanium DAZE (WA).

Born in 2004, the band have developed through a haze of Rock, Stoner and Metal sounds, creating something unique which has seen them support the likes of Red Fang, Torche, Fu Manchu, Truckfighters and tour the US, UK and Europe many times over playing a host of the world’s best venues and festivals.

With albums signed to Heavy Psych Sounds, Buzzville Records, Small Stone Records and Sweden’s Fuzzorama Records, the band have given 15 years of service to Rock’n’Roll, a feat rarely realised in today’s music business. This tour will celebrate the milestone and see the band travel coast to coast in what will be a fun and energetic display of European hard Rock at a super affordable price.

In support of the tour nationally are high energy Sydney heavy duo Astrodeath, who have themselves had an amazing drop into the scene having supported the likes of 1000mods, Nick Oliveri and Batpiss along with also landing festival slots at Mojo Burning (QLD) and Germanium Daze (WA) in what is a short and successful time at the fray.

Deville lines up with Astrodeath and more at Cherry Bar in Melbourne on Fri 27 March with doors at 8.00pm $15/20 18+. Supports to be announced soon.